Well summer is here folks. It’s amazing how quickly 2014 is already rolling by. Blink and it it will be Thanksgiving. By the time you recover it’ll be Hanukkah/Christmas/Kwanzaa/Whatever-the-hell-you-clebrate! So much has happened already and I look forward to all that is yet to come.

Speaking of which, I finally have some updates on current projects starting with my very first picture book, The World’s Crummiest Umbrella. The book will soon be available on Amazon brought to you by the great people at Wandering in the Words press. I am incredibly excited about being able to share this story with you all as it’s one I’ve wanted to tell for some time. To give you a taste of the story, this is the blurb written by my editor for the back cover:

Once there was a boy who received the world’s crummiest umbrella.
It was a gift from his mother, and he couldn’t believe she would do this to him. The umbrella was huge, multicolored and had a heart on a spring that popped out of the top. Ugh!  The boy knows he’ll be the laughing stock of the entire school.
But the boy soon learns that some gifts, even crummy ones, are not what they seem to be.

Intrigued yet? No? How about if I share the never-before-seen cover? 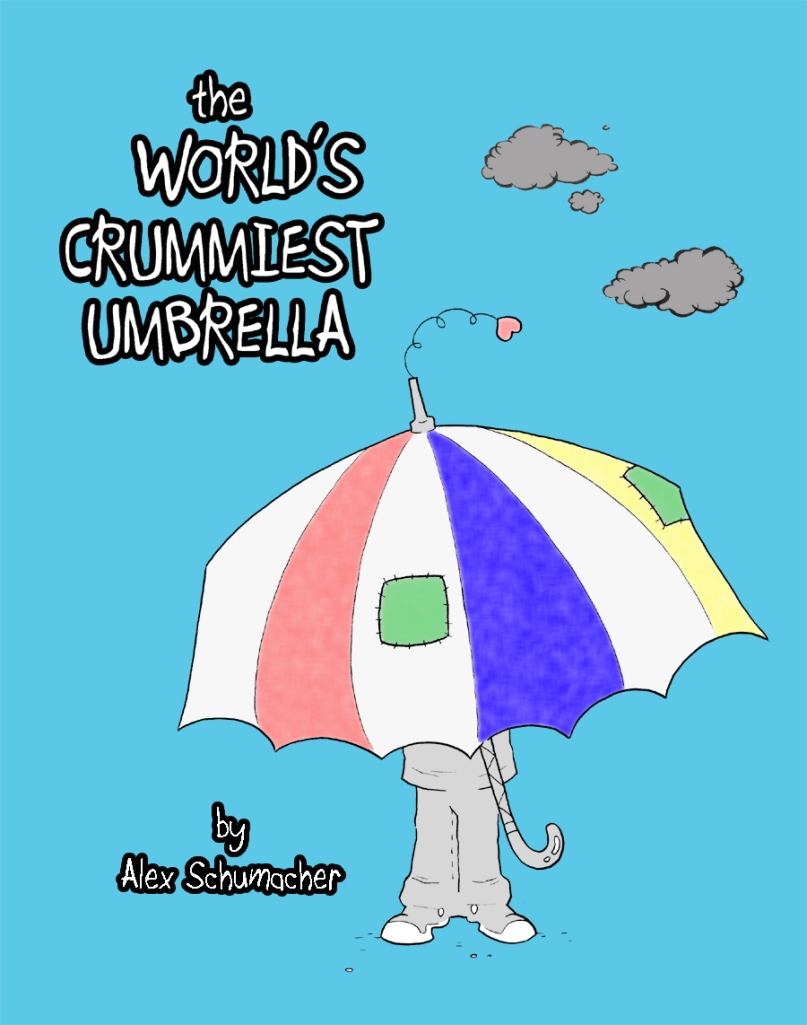 Release info will be available very shortly. When it’s out be sure to buy one (or five) to share with your entire family!

Next, I’m honored to be able to help a very worthwhile cause. CAPS (Comic Art Professional Society) is hosting an ongoing auction of original art to raise funds for medical care for Sharon Sakai, the wife of respected cartoonist and longtime CAPS member Stan Sakai, creator of the samurai rabbit USAGI YOJIMBO. Every Thursday they post a new set of pieces on ebay with contributions from many well known artists such as Adam Hughes, Alex Maleev, Arthur Adams, Batton Lash, Eric Powell, Jan Duursema, Jerry Ordway, Jordi Bernet, Matt Groening, Michael Allred, Mike Mignola, Bill Morrison, Tom Richmond, Michael Jantze, and the list goes on and on. For more information visit http://www.capscentral.org/. Here is my contribution which will be available to bid on soon. 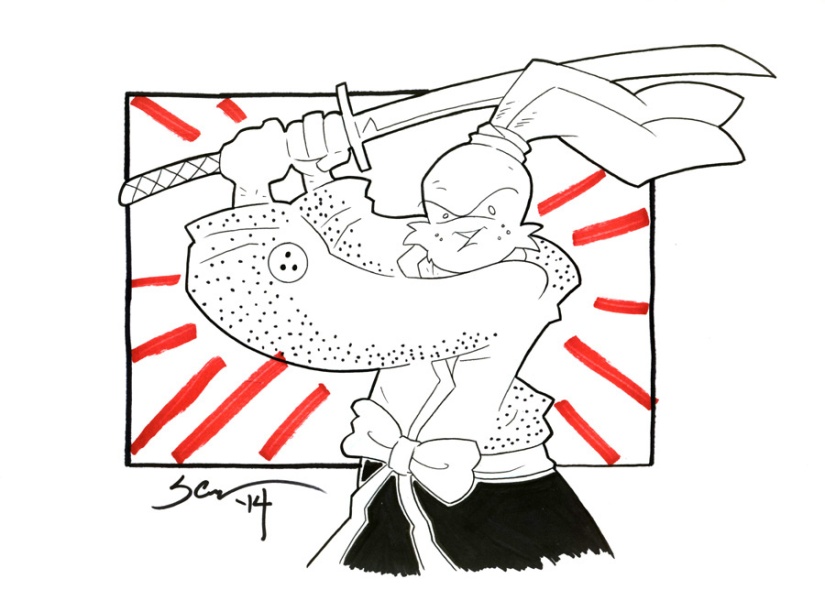 Last but not least for this update, there may or may not be some snazzy strides being taken in the animation/animated series community.  I’ll refrain from saying too much as I would hate to jinx any progress, but rest assured there is a LOT of work being done and quite a bit of excitement in the air. Since you all have been so supportive I’m going to break a cardinal rule of mine and share a sneak peek of a top secret character design. Ready? 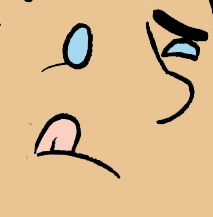 That attitude! That mulish sneer! What more can you want? Stay tuned and the rest may be revealed sooner than you think. Thanks for visiting as always and keep chasing your dreams! You never know when they might let you catch them.