In the event you missed my unveiling over the past few weeks, DEFILING THE LITERATI has been receiving some spectacular attention as of late. The hat trick of reviews began on March 24th with a sleeper write-up from Shean Mohammed of Graphic Policy. Shean says, “Alex Schumacher is a burgeoning artist that every comic fan should know more about.” Quite the compliment! His full review can be read at Graphic Policy

Next arrived Kevin Bramer of Optical Sloth‘s appraisal of the literary magazine comics collection on March 28th. Kevin’s summation asserts, “It’s an eclectic mix that works well together, and I’d recommend it highly for anybody who thinks comics need at least a dash of more real-world events and opinions.” Check out Kevin’s commentary in full at Optical Sloth.

Finally on March 29th, Matt Ligeti the Comic Book Yeti dropped his assessment of the book. In part, Matt proclaimed, “Schumacher’s cartoons are straightforward, unmissable, and powerful because of it.” As this was Matt’s first foray into reviewing political or satirical comics of any kind I truly appreciated him rising to the challenge and providing some much-appreciated commentary! The Comic Book Yeti’s piece can be read here.

Now, for the pièce de résistance. If you follow me on any one of my other social media accounts you have probably already heard the good news, but I’m now represented by Peter Ryan of Stimola Literary Studio! I’m absolutely thrilled to join such a stellar roster of authors and illustrators. 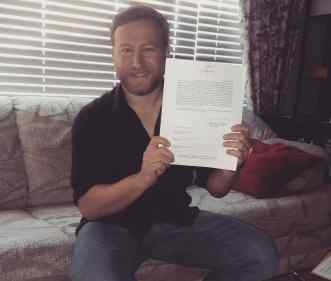 The moral here is don’t ever stop knocking on doors, kids. You never know who might finally answer.