No, your eyes do not deceive you, this is actually a second post inside of a month! There have been a number of developments recently and instead of expecting the countless attention-deficit web-surfers to hang on my every depraved word via social media (the links are to the right if you’ve got the stomach),  I thought I’d give a rundown of what’s come so far in one convenient location.

Don’t say I never gave you anything, ingrates. 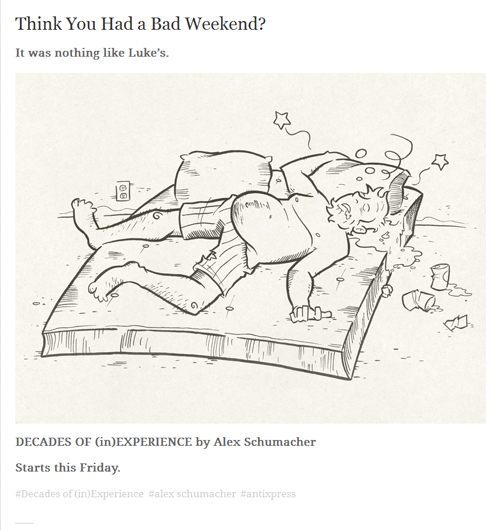 I’ll catch up with you in a few weeks with a fistful of announcements about upcoming projects and published pieces, including poetry to be included in the November issue of Yellow Chair Review. Until then, I bid you a feigned farewell and wish you a happy (and hopefully inebriated) Halloween! Spirits indeed…